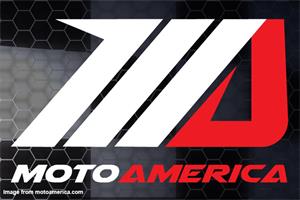 “The MotoAmerica Road Racing Series is shaping up nicely,” said Chuck Aksland. “The positive responses from race tracks and the road racing community have been great, and because of this support we were able to build a solid road racing series schedule for 2016. Our aim is to have a nine-race 2016 MotoAmerica Road Racing Championship. We are working on confirmation of an additional venue and hope to have this completed very soon.”

The top Superbike racers in North America return to VIRginia International Raceway May 13-15 after a highly successful debut race with the new and improved MotoAmerica AMA/FIM Superbike Challenge.

The weekend will include two full days of racing—a doubleheader event—for the Superbike, Superstock 1000, Supersport, Bazzaz Superstock 600, and KTM RC 390 Cup classes, plus vendors and fun for the whole family.

Several things make Virginia International Raceway unique and one of them is the fact that there are lodging options right at the racetrack—the Lodge, the Pit Lane Rooms and The Villas at South Bend.

The facility, which returns to host an AMA Superbike race after a four-year hiatus, has long been a favorite of riders and fans alike. Although there are several layout options at VIR, the MotoAmerica series will use the 2.25-mile North Course.