Motul Petit Le Mans(French for little Le Mans) is a sports car endurance race held annually at Road Atlanta in Braselton, Georgia, USA. It uses the rules established for the 24 hours of Le Mans by the Automobile Club de l'Ouest (ACO), which are slightly modified if necessary, mainly to allow additional cars to compete.

The race was founded by Road Atlanta owner Don Panoz and first run on October 10, 1998 as part of the IMSA season. The 1999 edition was one of the original events of the American Le Mans Series.

In celebration of the 20th anniversary of the famed Motul Petit Le Mans, Road Atlanta will offer a multitude of new fan activities at this year’s event to support the wheel-to-wheel racing action on track, October 4 - 7.

Since the very first Petit Le Mans in 1998, Road Atlanta has been an international stage for one of the most iconic sportscar races in history. Owing its heritage to the 24 Hours of Le Mans in La Sarthe, France, Motul Petit Le Mans will celebrate 20 years of the event in style for the season finale of the IMSA WeatherTech SportsCar Championship and the Patrón North American Endurance Cup.

Guests can expect to see some of the biggest additions in the vendor and display area, which has been re-named the “Fan Zone” beginning this year. Here, fans can shop for various pieces of racing memorabilia and art, dine and drink, peruse manufacturer displays and much more. Also new for this year, the Fan Zone will be freshly paved and the overall footprint will be enlarged.

In honor of the 20th anniversary of Motul Petit Le Mans and in paying homage to the race’s roots at Le Mans, a 90-foot tall Ferris Wheel will be erected within the Fan Zone so that guests can take in the views of the race track. Families can enjoy the full-size gondolas on the way up to the very top, which will showcase a good portion of the track and will light up at night.

In addition to the spectacular new interactive displays in the Fan Zone, Zac Brown’s Southern Ground will be hosting a free tailgate for all general admission ticket holders, which will include a four-day party in the Fan Zone. The famous “Cookie” party zone will be set up starting Wednesday of race week with yard games, live entertainment, music, inspired food choices, merchandise and a low-country boil to kick off the event. The Wednesday night low-country boil will be open to all fans and is an all-you-can-eat buffet for just $15.00 in advance. The Southern Ground tailgate will keep rocking all week and host live entertainment on Friday evening after the day’s on-track activities wrap.

Fans interested in the history of Petit Le Mans will be in for a special treat this year, as they can see race cars from the past on exhibit in the 20th Anniversary Celebration Tent in the Fan Zone. This extravagant tent will feature a number of past race-winning cars or ones with an interesting Petit Le Mans story, as well as memorabilia and the story of each of the 19 Petit Le Mans. Fans can also catch a series Q&A session and watch a highlight reel of the last two decades of this event. 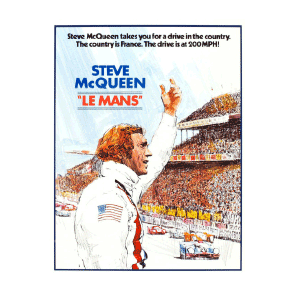