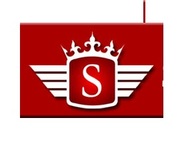 The Supercar Week events have enjoyed a history of local, regional and international media coverage. Media credentials and other media inquiries can be sent to media@supercarweek.com