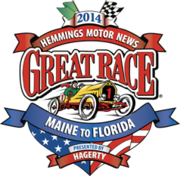 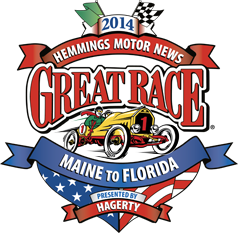 Great Race officials have announced that the 2014 event will start in the state of Maine on Saturday, June 21, and end in Florida nine days later on Sunday, June 29.