The High Museum's "The Allure of the Automobile" -Atlanta, Ga Feats of design and engineering. Rolling works of art.

The Allure of the Automobile presents 18 of the world's rarest and most brilliantly conceived cars from the 1930s to the mid-1960s, including masterpieces by Bugatti, Duesenberg, Jaguar, Mercedes-Benz, Porsche and Ferrari. The exhibition traces the evolution of the motorcar, examining the contrasts between European and American design, and significant changes in automotive styling and engineering before and after World War II.

The featured automobiles have won awards at prestigious events such as the Pebble Beach Concours d'Elegance, broken records on racetracks, and were previously owned by such noted car enthusiasts as Hollywood legends Clark Gable and Steve McQueen.

The Golden Age of Carmaking

The general establishment of body-on-frame construction in the early part of the century allowed for the rise of the specialized automotive coachbuilder, who, in the 1930s, produced custom bodywork for a wealthy clientele. At the time, France led the world in high fashion and decorative arts and, likewise, created some of the finest car designs.

Paris became the center of the automotive universe, drawing hundreds of talented designers from other countries. Opulent and luxurious French custom coachwork was seen in American Duesenbergs and Packards in addition to French Bugattis, Delages, Delahayes and Hispano-Suizas.

After World War II, the industry shifted away from the lavish, expansive cars of the pre-war period toward smaller, more nimble sports cars. In Germany, companies like Mercedes-Benz, BMW and Porsche rose from the ashes of conflict to present brilliantly conceived triumphs of engineering. The 1950s and 1960s saw the rise of fast and luxurious sport cars designed by talented engineers and brilliant coachbuilders, launching an era of Italian supremacy in car design into the second half of the century.

View the list of featured Automobiles by Ken Gross, Curator 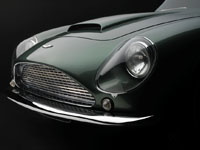 RSVP for The High Museum's "The Allure of the Automobile" -Atlanta, Ga to add comments!

Comment by Michael Thies on March 17, 2010 at 1:52pm
Check out Ken Gross talking to CNN - Ken is the curator for the High Museum show - Click here 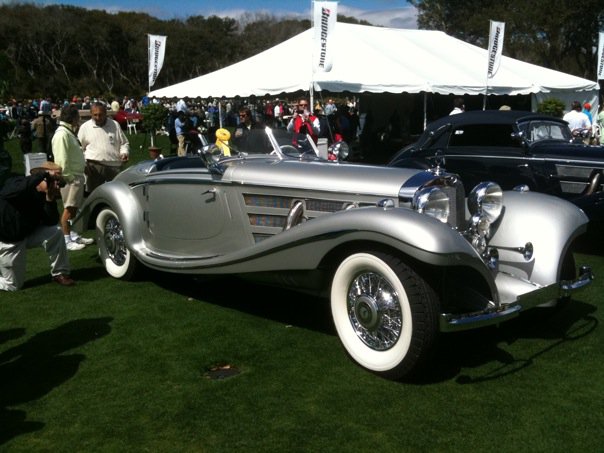 This car--a 1937 Mercedes Benz 540K Special Roadster--just won Best of Show at Amelia Island. This car is traveling to Atlanta next and will be in The Allure of the Automobile at the High! Read more about the High Exhibit as we report on it.