UNUSUAL CAR OF THE DAY!

This site is for anyone to add a photo of the UNUSUAL vehicles they come across in everyday life!  This purely in the judgement of the person who captures the image! We are planning on presenting an "Unusual Award" to the MOST unusual submissions!

UNUSUAL CAR OF THE DAY!

The photos and videos added here are not archived and will not last much longer the a few months depending on the activity of the program. It is recommended that to have entries be permanent to add them under PHOTOS tab or VIDEOS tab and link them into the comment section here for viewing. The PHOTOS & VIDEO sections are permanent.  Thank you!

Cruise In Car Show as part of the 2nd Annual BBQ, Boots and Blues at Lake Lanier Islands Resorts! noon to 6 pm ! Free admission and free parking with classic or hot rod car.Continue

What Is Considered Unusual!

I am intriqued by what folks consider unusual.  Here is the definition of "UNUSUAL"Adjective:Not habitually or commonly occurring or done.Remarkable or interesting because different from or better…Continue

You need to be a member of UNUSUAL CAR OF THE DAY! to add comments!

This is the best photo I could get so it may be hard to see what it really is.  It is a Model A Ford "Rat Tractor"!  I got kick out of the hood made from a 50 gallon drum and the wood bumper!  The seat looks like a two seat sofa that someone threw out.  The frame looks like it has been shortened.  This is an unusual vehicle. 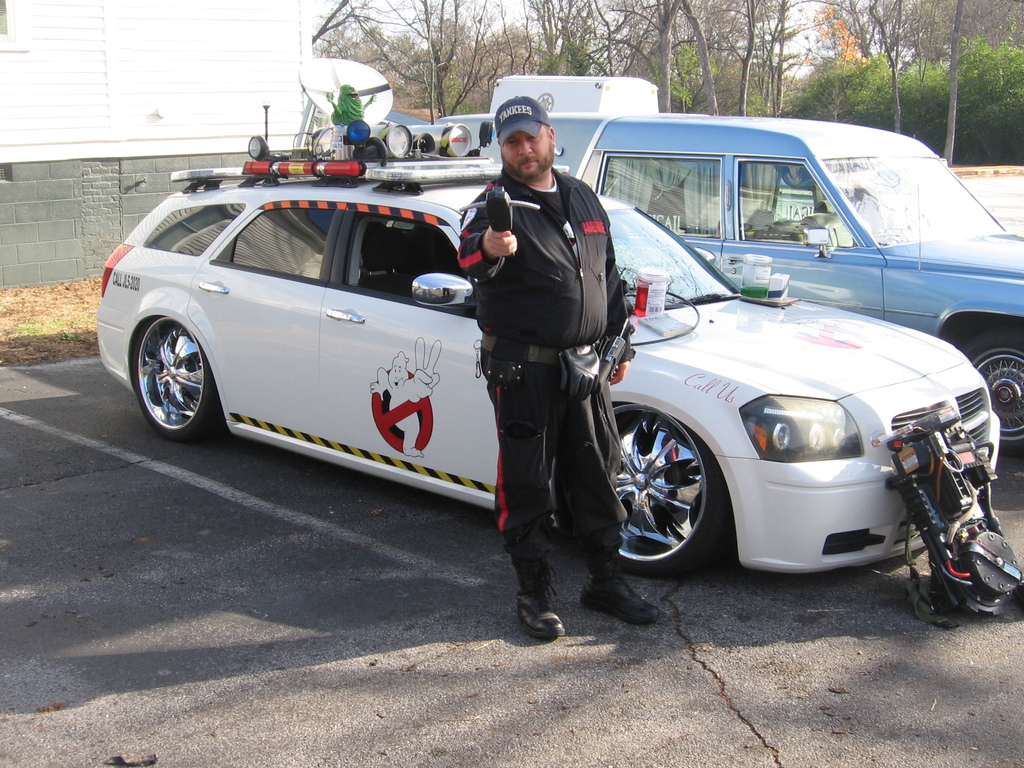 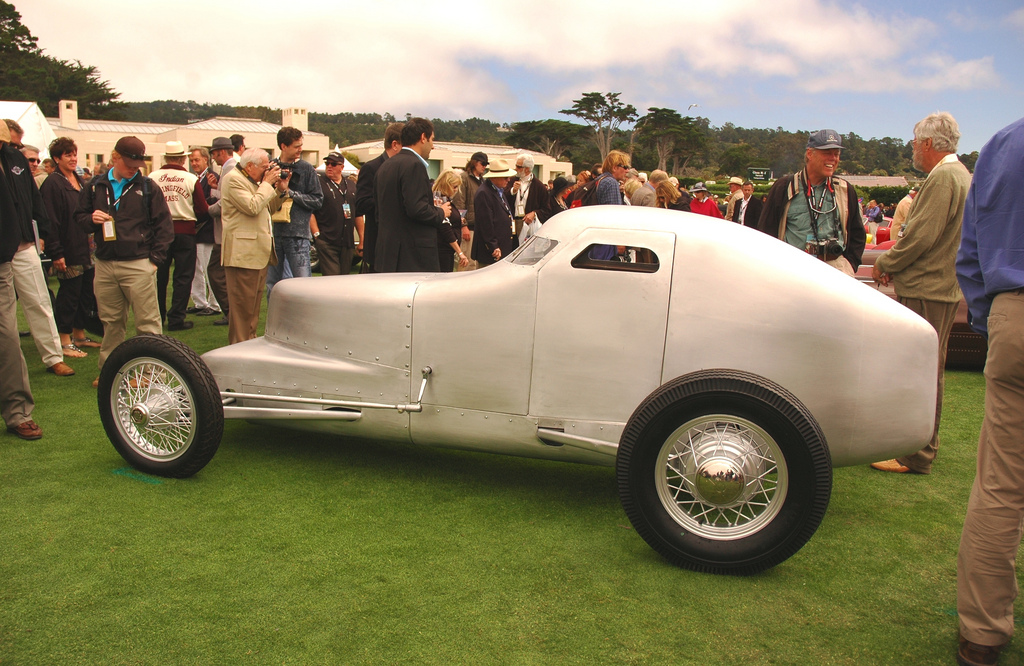 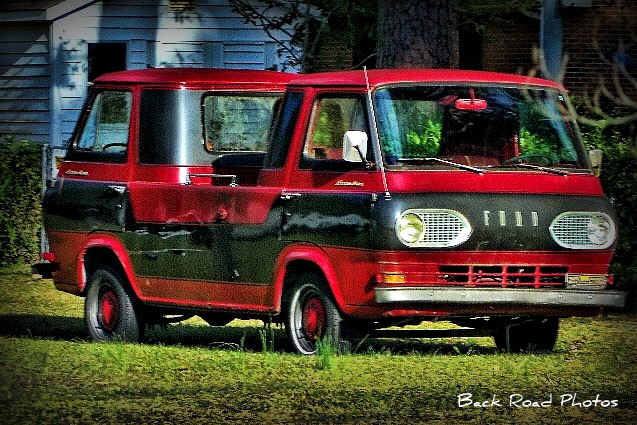 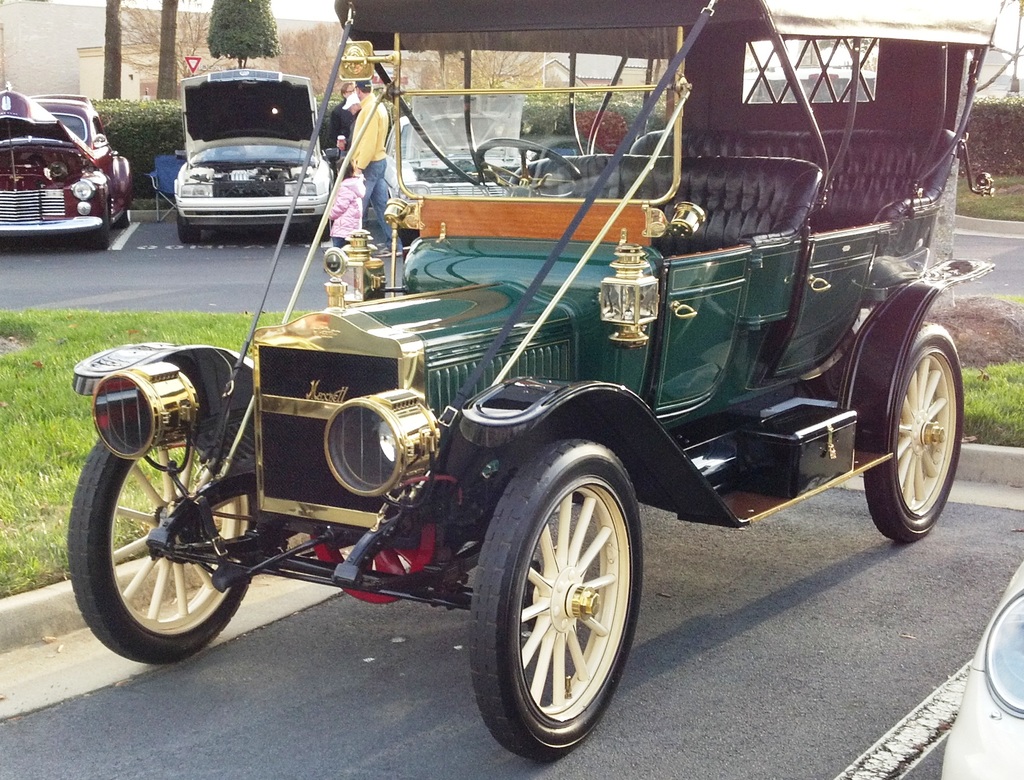 Someone drove this into the Caffeine & Octane meet on Dec 4, 2011! It is a 1917 Maxwell. In the 1900s, Maxwell broke many records with their new line of vehicles. One of these included beating the fastest Canadian train between Montreal and Quebec by 59 minutes. The Maxwell was also in a non-stop run for 44 days from November 23, 1917 to January 5, 1918. During this time, the motor never stopped and had an average consumption of gasoline of 26 4/5 miles to the gallon.

The 1917 Maxwell Touring Car, priced at $630, was considered the "Car for the Whole Family." Maxwell had its best year in 1917 when P. G. Scull and C. W. Tuthill used it to set a cross-country speed record of 10 days 16 hours. That year Maxwell sold 75,000 cars and finished in 8th place for American car makers.

This was copied from an entry photo from my friend Steve Natale! Very cool little car. 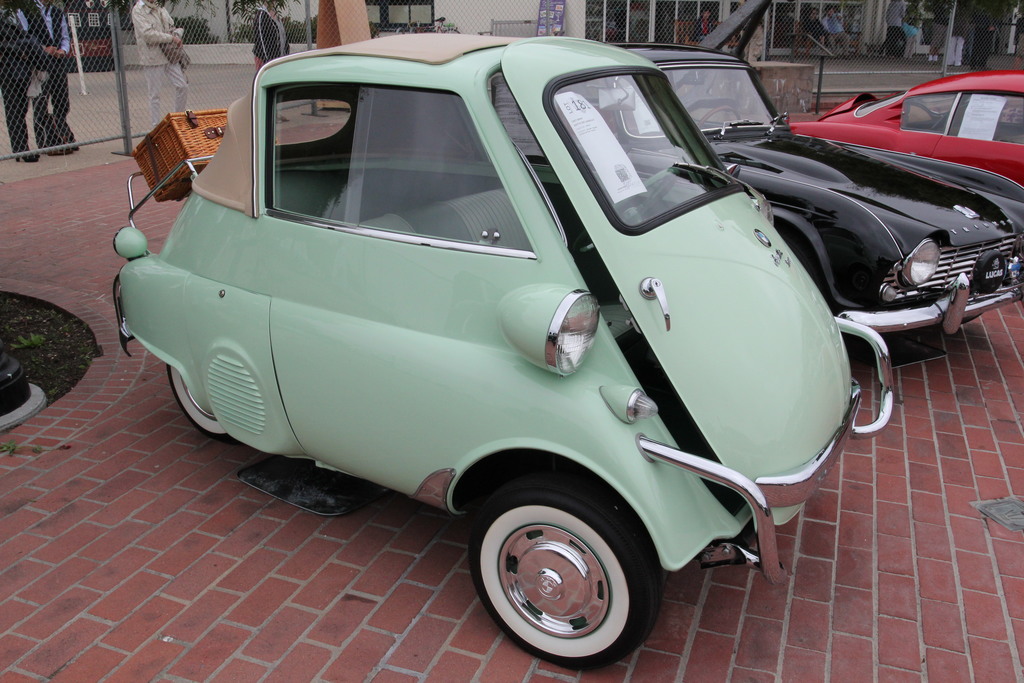 Post-war European drivers needed inexpensive urban runabouts as the continent rebuilt itself after WWII, but Italy was not about to emerge without a dose of flair. Iso S.p.A., a firm best known for fine appliances and zippy scooters, decided that a small car would help fulfill the average Italian's motoring needs. Production commenced shortly after the single-door car debuted at Turin in 1953.

However, it was not until BMW began producing its own version of the little Isetta under license in 1955 that its daring yet practical design really began to grab the world's attention. Harnessing its two-wheel heritage, BMW combined its own more sophisticated motorcycle-derived engine with some design tweaks to make the Isetta into a roaring success both at home and abroad.

The engine was enlarged, and the design of the side windows was changed to a more elegant and practical sliding configuration in 1956 when the updated Isetta 300 debuted. Most Isettas were hardtops, but BMW took advantage of the car's fast-growing cult status by creating a stylish Cabriolet variant.

This 1957 Isetta 300 Cabriolet, finished in Sea Foam Green, is an original export model equipped with additional chrome bumpers and has reportedly lived its life in the dry southwestern climate of Texas. Its current owner-collector has just finished restoring the rare Isetta 300 Cabriolet to the highest standards, including both a cosmetic and mechanical ground-up restoration. The tan convertible top was made for the car using Mercedes-Benz canvas material, and the Isetta is further accented by a two-tone Cumberland Green/Willow Green interior. The Isetta's tasteful chrome trim, including its luggage rack and hubcaps, is exemplary throughout. It is an excellent example of the Isetta, the functional yet avant-garde 1950s design statement that helped put postwar Europe back on the road. This car sold at the RM auction in Monterey last August for $33,000. 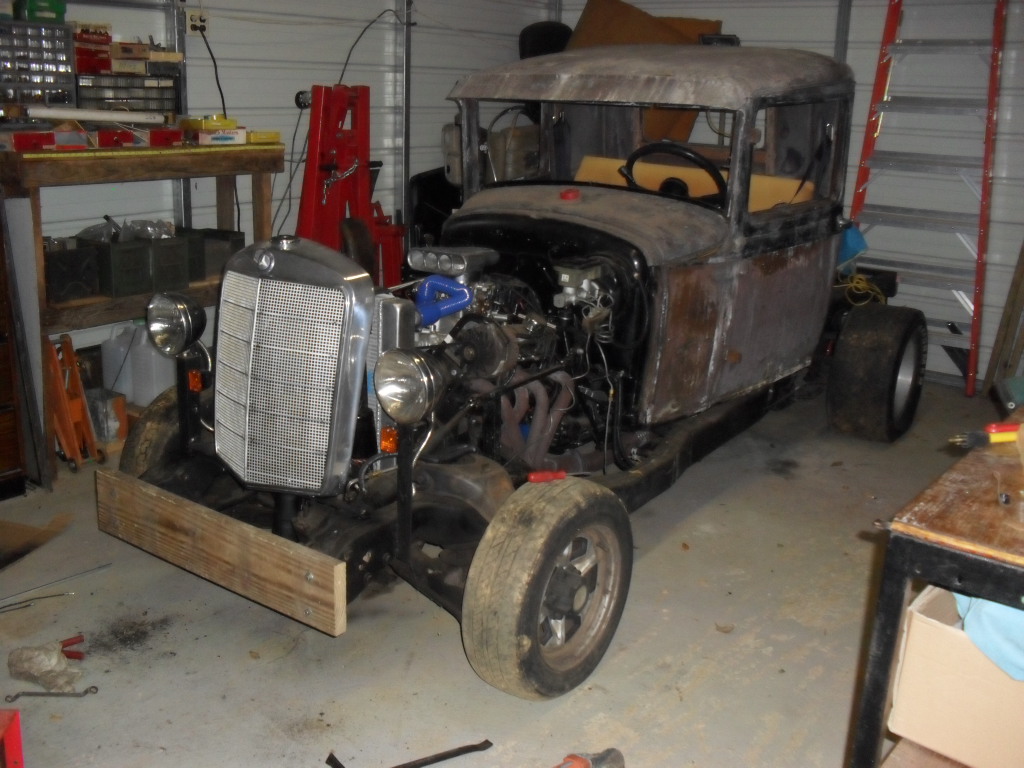 Not officially a "car" it is an unusual mode of transportation. Unofficially clocked at 3800 mph. Craig Breedlove -eat your heart out! ePS. Looks like he is thinking about going after the 800 mph mark.