The internationally known car rally, the California Mille, runs vintage sports cars over 1,000 miles of hilly Northern California roads. We recently lost the founder, Martin Swig, who died early July at age 78. What is special about the California Mille is that we get to see rare collector cars doing what they were meant to do: devouring hot asphalt. Most vehicles this rare are shown only at Concours events and museums!… 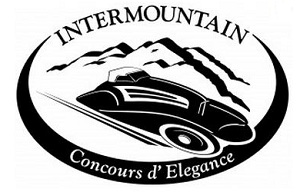 Most folks have become very comfortable with the Rat Rod phenomenon. But for those new to the idea, a Rat Rod is a style of custom car or truck, that in most cases, imitates (or perhaps exaggerates) the early hot rods of the mid 20th century. While there are many re-creations and period correct restorations of the traditional hot rod from that era, the Rat Rods are the rough edged, scrappy country cousins. Fans argue the Rat Rod is made for driving and hanging…

There is an expressed concern in the hot rod hobbies and cycle clubs that we are “aging” out; we are getting older and not recruiting younger “gear heads”. There is a parallel concern in the automotive and motorcycle industries that it seems harder to recruit experienced mechanics; those that can figure out and fix problems, not just replace parts!   A good mechanic must know a lot about how complex parts of the cars of cycles work together.…

What does Car Show Judge Look For 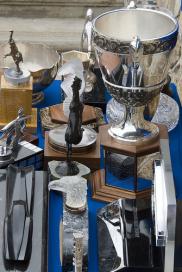 There are a number of organizations that train folk to be judges at car and motorcycle events.  Many people wonder and yet not everyone is always fully aware of what they are looking for.  It can be fairly daunting for a newcomer.  There are different categories have different criteria about what is expected for each car.  You are never going to please all of the judges,…

Most halogen headlights only produce the basic headlight color you’re used to seeing as you drive down a highway or back road at night.  Chances are, however, that you’ve also noticed some brightly colored headlights that stand out more than most of the others. …

The 'xl1' concept car by Volkswagen the 'xl1' concept car by volkswagen

Rat Rod Phenom!   Rat rods are here to stay; function over form that reflects our culture, our history, and our love affair with motors and wheels!  Wikipedia says:

"A rat rod is a style of hot rod or custom car that, in most cases, imitates (or…

Volvo City Safety System gets thumbs up from NHTSA, IIHS! By Jeff Glucker

*We were just talking about Volvo's safety reputation last night on the Wheels Events Radio Hour!

I found this article on the On Location Vacations website. The cars are need for a shoot set for Cedartown, GA later this month (June).  This is taken right from the site at http://www.onlocationvacations.com.  Good luck and please let us know if you all get a part in the show!

Mooresville, N.C. (Wednesday, June 15, 2011) – Earlier this year Dale Earnhardt Jr. traveled to General Motors' assembly plant in Oshawa, Ontario, Canada, not only to take ownership of a brand new 2011 Chevrolet Camaro Convertible but also drive it off the line in grand debut of its heavily anticipated arrival. Amid cheering workers and flashing cameras, Earnhardt Jr. climbed behind the wheel of his victory-red Camaro with black rally…