I am a lucky man.  I have had the opportunity to work and judge car shows all over the country.  That is a joy.  As my good luck has continued, on September 28, I was at one of the finest car shows in the South East!  The weather was perfect, the city quaint and charming, the people friendly and the cars were outstanding at the 9th Annual Cruisin’ the Oldies Show in Senoia, GA. 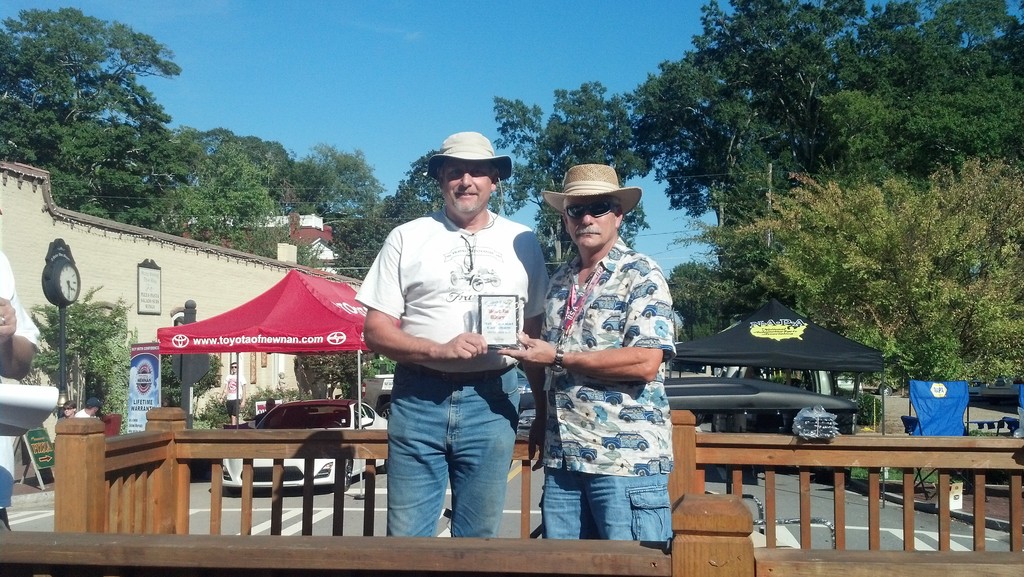 It was clear that everyone was having a great time and the music was exceptional. “The Mustangs” performed along with selections from great DJs.  The Varsity cooked all the favorites and all the other food vendors made the day.

The “Best In Show” was selected and it turns out it had been presented at this event in previous years. It was a 1992 survivor Franklin sedan owned by David Holec.  It was purchased for his father-in-law who cherished it for a number of years prior to passing. The family has kept this beauty running and has become a family heirloom.  The 1922 Franklin is a remarkable credit to the classic engineering of the day. It is a wood frame aluminum vehicle with an air cooled aluminum engine. I particularly liked the wooden spoke wheels.

The participants are given a chance to vote for their choice each year, as well.  This year’s “People Choice”, by 92 votes, way ahead of the second place, was a 1992 Camaro owned by Buck Floyd. Most of the family came up to accept the award!

The “Top 25 Award” winners were announced in no particular order. These are quite prestigious as there were clearly 300 remarkable vehicles entered and it was very challenging to select one over another as all were truly trophy winners. Many of these cars have not been shown anywhere else but in Senoia!

It was a great show!