In a bold move Chevrolet is opening up a Pandora's box by announcing a new power plant package to debut with the upcoming C-7.  Not wanting to shun the Corvette faithful, Initially the current engine line up will be continued. With the General looking at the future, a reality has set in. The younger well heeled customers are buying tons of Lexus, BMW, Mercedes, Porsche, Infinity, Ferrari and Corvette's. 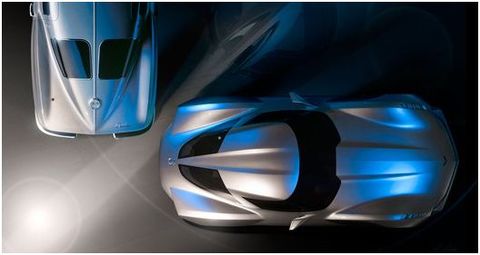 The big difference in this group is the age of the Corvette buyer. An on line survey that has been running on the Corvette Action Center Forum, polled C-6 owners. According to the Survey 22% of the participants are over 60 years old. In a more telling number the 50 to 59 age group represents a whopping 40%. To put it in perspective, 62% of the respondents to this survey qualify to carry an AARP card.

The new V8 engine is rumored to be a 3.2 liter 4 cam Turbo Charged 10,000 rpm motor with 125 horsepower per liter. My math tells me that is 400 hp. That is a long ways off the ground ripping C-6 7 liter 505 HP and another galaxy removed from the 6.2 liter 638 hp ZR1. So is the Corvette group going to get any cross over from Porsche 911 buyers who are a little younger with an average age of 50 or from BMW M3 owners who's average drivers age is a lot younger at 38. Not with 400 horsepower, if you want to play in this league, it is a power to weight ratio game. Unless the Corvette engineers are dropping 350 pounds of weight from the C6, the new car is going to need 500 hp to compete with the 911.

There are many photos of concepts for the C7 including the split window retro mix from the 63 Sting Ray and the Coke shape of the Maco Shark concept of the 60's. Can Corvette make inroads into the younger import market with a low-cal version of Americas Super Car? They are apparently selling a lot of V6 Camaro's so maybe there is a market for it. But personally I think such a move would weaken the status of the brand. The current car is one that can take on any of the worlds super car and if not beat them all on absolute performance it definitely beats them all in usability and daily comfort. Sometimes, we need to go outside and look at what the end users are doing and take some clues from what they are building.

The GM LS family of engines are extremely successful in the after-market, They are transplanted into every kind of car. One of the more popular conversions is into the Pontiac Solstice Saturn Twins. Except for a few crude homebuilt the quality of most that I have seen are outstanding. These enthusiast are not doing this with old crashed cars but very nice used cars that are holding their value, then they drop another $7,000 to $10,000 for the V8 conversion. The end result is an investment of $20,000 to $30,000 for a very good performing sports car

I think GM threw out the baby with the bath water when they retired the Solstice concept. With some parts bin engineering, the new 400 hp V8, I would name it the Chevrolet Corsa, equip it to a $50,000 price tag and evolve the Corvette with more sophistication and keep it the world car it is. Corvette fans and owners don't care about gas millage or 4 cam motors They just want a mean looking car that will go 200 mph.

Story and Photos By Steve Natale

Flying in a B24 Libirator

An opportunity to fly in a World War Two bomber is a rare honor and privilege, and truly a dream 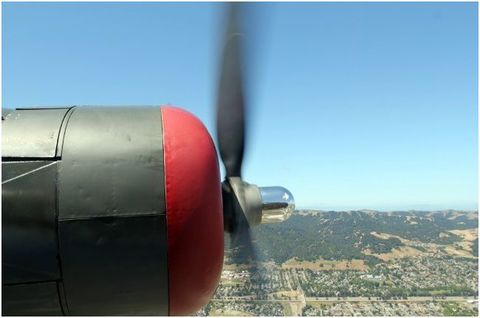 come true for anyone interested in aviation.  Fortunately, thanks to the Collings Foundation, dreams can come true.  The non-profit Collings Foundation, as part of their Wings of Freedom Tour, visits over 120 US cities a year.  They display the planes, educate people on the planes and their role in history, and offer rides.  This year the planes on tour are a B-17 bomber, a P-51 fighter, and the plane I flew in, a B-24 Bomber.

The Consolidated B-24-J Liberator operated by the Collings Foundation is named “Witchcraft” and is painted to honor the 8thAir Force plane that was assigned to the 467BG, 790BS that completed an astounding 130 combat missions.  Although the B-24 was the most mass-produced military aircraft, it is a rare bird today, and according to the Collings Foundation, America’s only flying B-24.

Entrance to into the B-24 is gained through the bomb bay doors, and you climb in and grab at whatever you can to pull yourself up into plane.  The interior is all business. Passengers sit on a variety of small seats, benches, or on the floor of the plane.   I had rear facing seat, with the bottom ball turret below my dangling feet.  I strapped on the military safety belt and got ready for take-off.  Next, I heard the loud sound of four giant Pratt & Whitney R-1830 engines come to life and begin to roar.  Soon the plane lifted off, and  I was  free to roam the plane, being careful not to knock my head, and remembering what I was I was told in the pre-flight safety briefing, not to pull on any of the dozens of cables running the length of the plane. The cables are what the pilot uses to control the plane.  There are large openings on both sides of the plane with guns hanging out of them, and the rush from the air blasting in from them is strong, but adds to the fun.  I went down the narrow cat walk to the tail gunner seat where once a crew member defended the plane from attack.  What a view!  I then twisted, wiggled, and crawled to the front of the plane and sat in the nose gunner’s seat.   The view from there was breathtaking!  Before I knew it, the flight was over, but the memories will last forever  See more of Steve's B24 photos

Comment by Hugh Dudley on June 4, 2011 at 1:18pm
Another fine example of how a corporation screws up a good thing with the Corvette. You can't be all things to all people with this car.......Corvettes are one thing....Lexus and Porsche are another. Here goes another one down the tubes.