Nation Challenge and would be heading out to California to spend a week with the crew. That

very night my mind began devising a plan, and all the way from my home town of

Newnan, Georgia I started browsing the pages of the LA Craigslist.

It took me nearly a week to find the right car, but when a weathered 1972 AMC Hornet

Sportabout wagon appeared on my screen I knew I had found the ultimate adventure-mobile.

Either by fate or maybe the fact that Freiburger was simply too busy to scoop it up, I first laid

eyes on the car three weeks later and struck a deal with the owner for a mere $1,350.

Below: Filling up The Green Hornét right after purchasing it from a young man named Andrew Keller in Los Angeles. 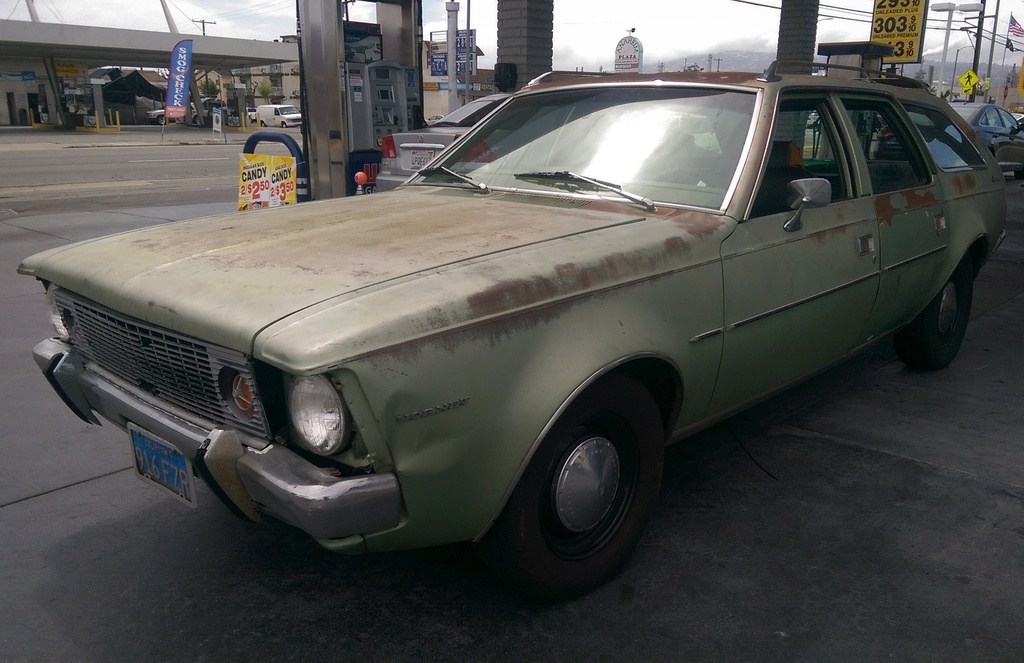 Other than a slightly annoying oil leak, a broken temp gauge, and a mostly useless driver’s

door, the car was seriously solid. The 258 inline six and Torqueflite automatic seemed to be

Hellcats and Vipers. When I showed up at the track the Roadkill guys immediately loved the car,

After an incredible experience driving Dodge’s what might as well be “super cars”, the

Hornet took its turn on the autocross where it performed admirably, yet miserably when

compared to the Viper. Still, I found myself surprisingly happy to be getting into my Hornet, from

the passenger side I should add, at the end of the week. After buying the necessary zip ties,

duck tape, and various tools; I used a hammer to persuade the rear fenders of the wagon to

accept  a set of Jeep Cherokee wheels I picked up for $80, and set out on my journey across the

Below:Bolting on a set of Jeep Cherokee wheels acquired from a nice man named Mike Via for $80 after shredding the original tires on the autocross course. 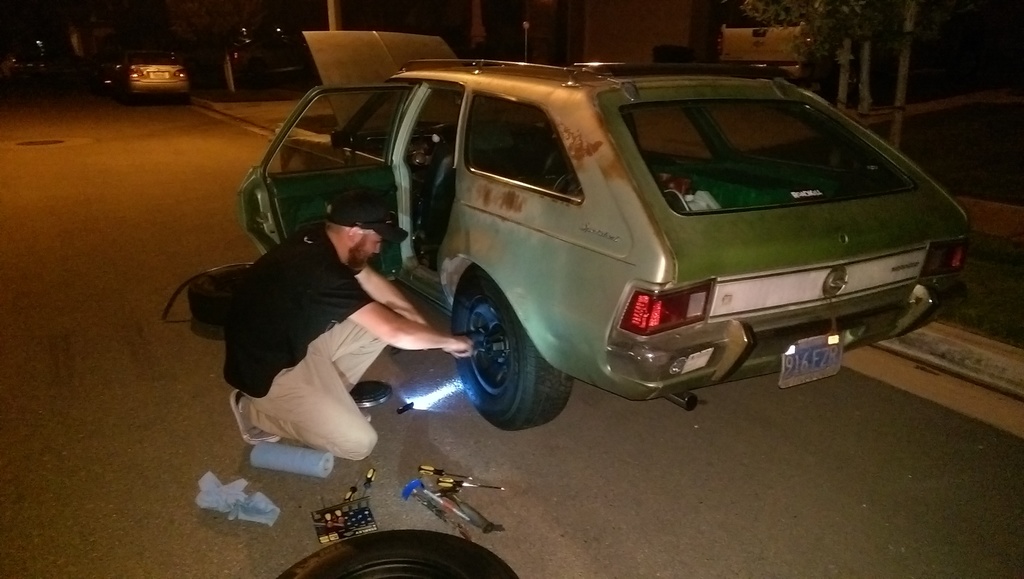 Along the way I saw parts of the historic Route 66, the iconic Cadillac Ranch, a gas station

that doubled as a car museum, and more beautiful scenery than you’d see in a National

Geographic documentary. At least once at every gas station somebody would stop and talk to

me about my car and nearly always ask the question, “Did you really drive this thing from

Overall the trip was a massive success; the car only over heated once, the only part that

broke was the oil sending unit, and at times I honestly forgot I was driving a 43-year-old car

because it drove so well. I made it 2,200 miles in only three days, saw some iconic landmarks,

met some amazing people, enjoyed an experience I will never forget, and the hood never even

came off the car. I call that a win.

Below: The Green Hornét posing for a picture in front of a backdrop chock full of Americana. 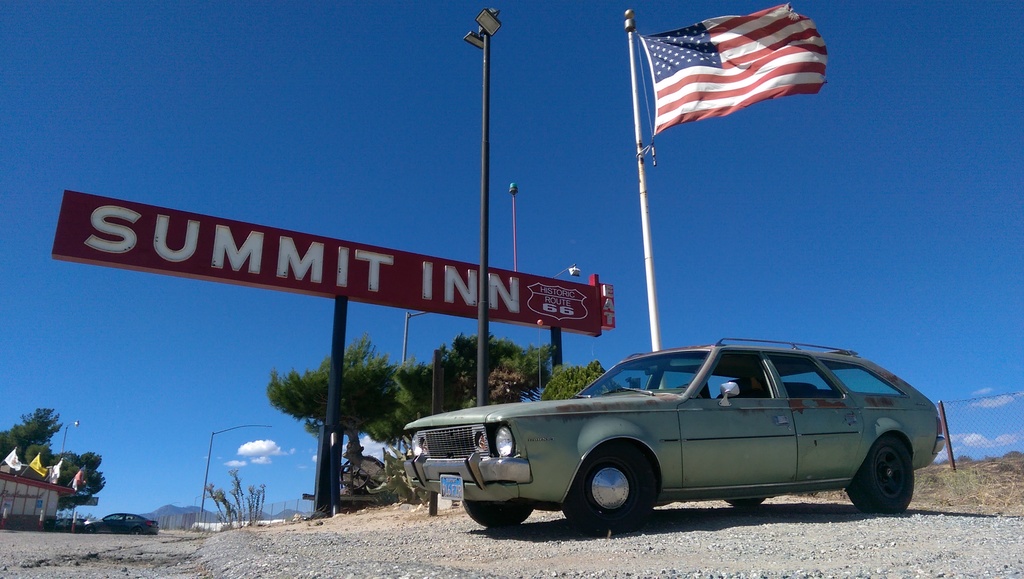