Terry Dietrich cannot describe in words the moment last week when, for the first time in 43 years, she laid eyes on her beloved bright blue Corvette Stingray — stolen from her in 1972, when she was 19.

“It’s a memory in my head that I will never, ever forget,” said Dietrich, 62, a lifelong resident of Duluth.

Even better: The reunion was on her birthday, filmed on Thursday for the “Today Show.”

“It was an awesome day,” she said.

The strange and somewhat miraculous story of Dietrich’s missing Stingray began back in 1953, the year she and the Corvette debuted. Dietrich said she’d always hoped to own one.

Her dream came true in ’72, but only for a few months. On Nov. 14 of that year, the Stingray was stolen from the parking   lot of her work, she said.

“And I believed that,” Dietrich said, certain the car had been taken out of state.

She went out and purchased another Corvette, this time a ’73, and drove it for “many, many years,” she said. But it was never as good.

Then, in October, another phone call: A car dealer in Forest   City, N.C., had just been sold a vehicle by a local widow, only the title she provided didn’t match the vehicle she sold. 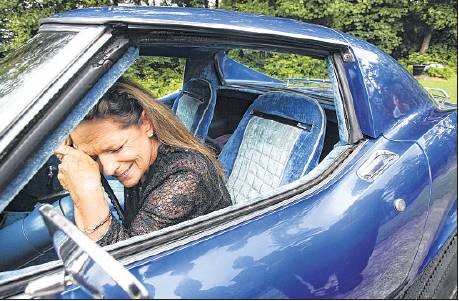 A quick check showed the VINs didn’t match either, and being a decent person, Dietrich said, that dealer made a call to the cops — which worked all the way back to DeKalb County, where the car was stolen.        Luckily, the phone number on the original report was for her parents, Dietrich said; and luckily, her parents hadn’t changed their phone number.

“It took one phone call for the detectives to locate my mom and dad’s home,” she said.

At first, Dietrich thought it was a joke: “I couldn’t believe it. I just thought, ‘What, my car? It wasn’t dumped in the Chattahoochee River?’ ”

The real problem was paperwork: The state wouldn’t turn the vehicle back over to Allstate, Dietrich’s lifelong insurer, unless it could produce a title.

She said she always believed they would fight for her, and months of legal wrangling, and waiting, ensued. But Dietrich still didn’t know the car had been released when she met with the “Today” cameras.

“Terry and her family have  been loyal customers for years, and we felt like we should go the extra mile in this situation to reunite her with the car and bring some good to a valued customer,” Justin Herndon, an Allstate spokesperson, said in an email.

“Frankly, it’s a wonderful story that deserved a happy ending,” he said.

(Allstate gave her the vehicle for undisclosed terms, after compensating her for the theft in ’72.)

Dietrich couldn’t sound happier about her Stingray’s return, even though she said it needs some substantial restorative work before it’s road-ready.

“The minute I laid eyes on it, none of (that) mattered,” she said.

Allstate customer Terry Dietrich hugs the steering wheel of her 1972 Corvette Stingray. Allstate reunited her with the vehicle after the stolen car was found in North Carolina. CONTRIBUTED BY ALLSTATE 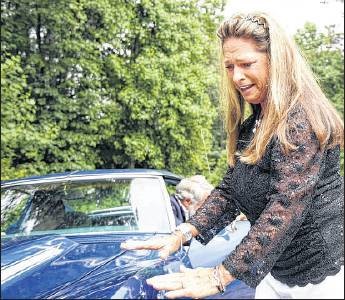 Duluth resident Terry Dietrich purchased her Corvette Stingray in 1972. It was stolen a few months later from the parking lot at her job. CONTRIBUTED BY ALLSTATE

This a great story I just love it!! thanks for shareing.