Introduction: LaBaron Grove is a friend of mine with a very cool Mustang.  I took the photos with the intent to write a short article on his car.  He had given me a very entertaining tour and I asked him to send me some details on the symbolism so I could make sure I got it all correct. As it turned out his email was a much better story than I could pretend to write.  Here is it with only minor punctuation modification.  LaBaron is a patriot and head of the Unstabled Mates Mustang Club.  -Mike Thies 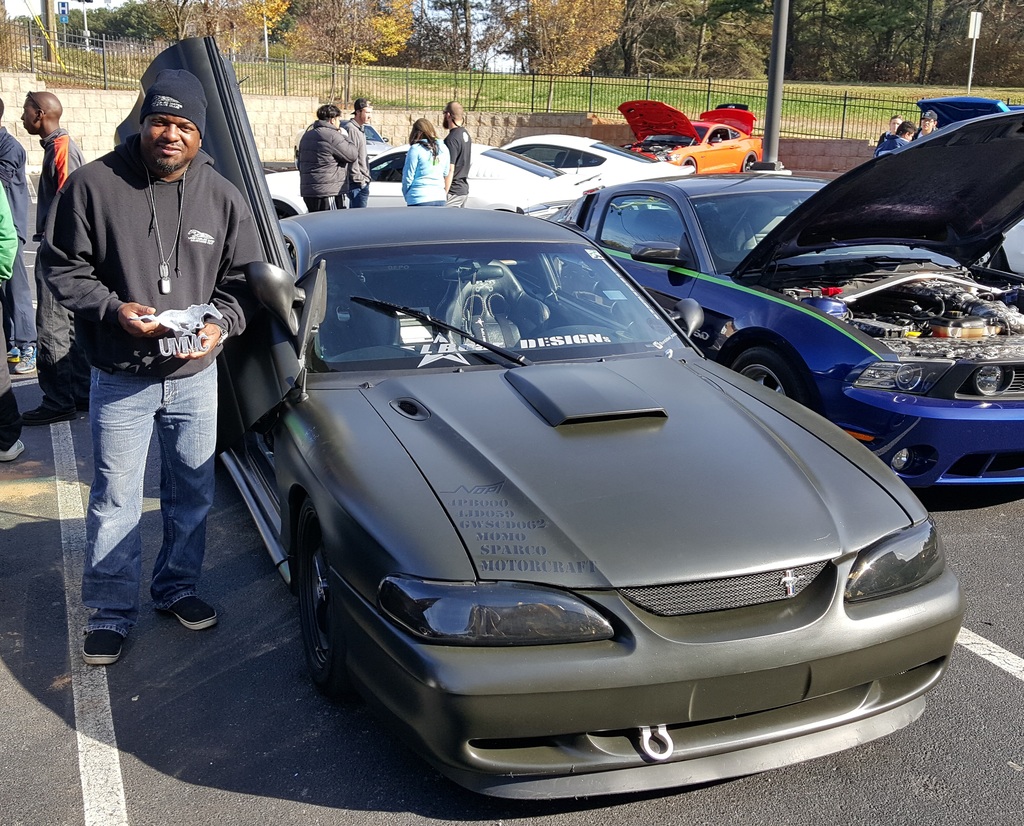 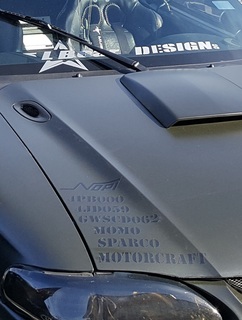 Here's some info about my 98 Mustang dubbed "Exit Strategy". The current state of the car is the 3rd and probably the most thorough of all the transformations the car has been through. The car was originally an Atlantic Blue 6er with a "Pony package" I purchased back in 04 as a way to get back in forth to work. Soon after I got bit by the mod bug.

The first thing to come was a sound system. Lowering was soon afterwards by way of Eibach lowering springs which was cut lower to achieve a certain stance. The car rode basically like this with "light mods" and changes here and there until around 2008 when a few friends and I started the now infamous Unstabled Mates Mustang Club. 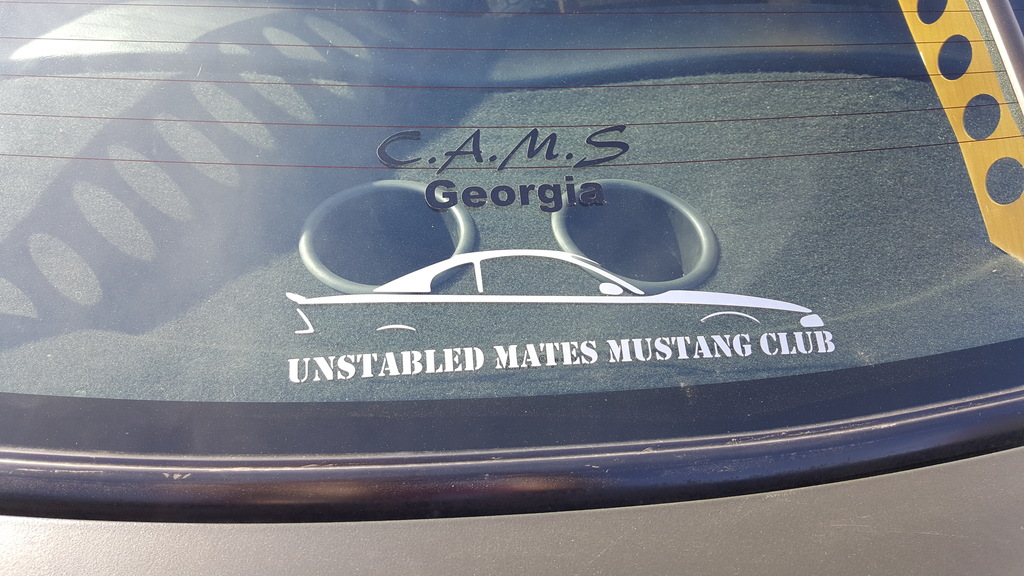 That’s when things started really changing as updated interior pieces a Carbon fiber roof wrap and more conformed body pieces was installed like the S281 Saleen rear spoiler Mach 1 front Chin Spoiler and custom made hood scoop and (then one off) side scoops. The car made its rounds at local car meets and shows gathering a slew of trophies and awards along the way over the next few years until I decided it was time to retire it from the show circuit.

The car basically became a fixture in my driveway only making brief 'guest appearances" at local car meets until it basically disappeared from the car scene altogether. That was until early 2015 when I decided that this was the year the 'old blue 6er' was to reemerge from retirement. The theme I decided to go with was a military theme. 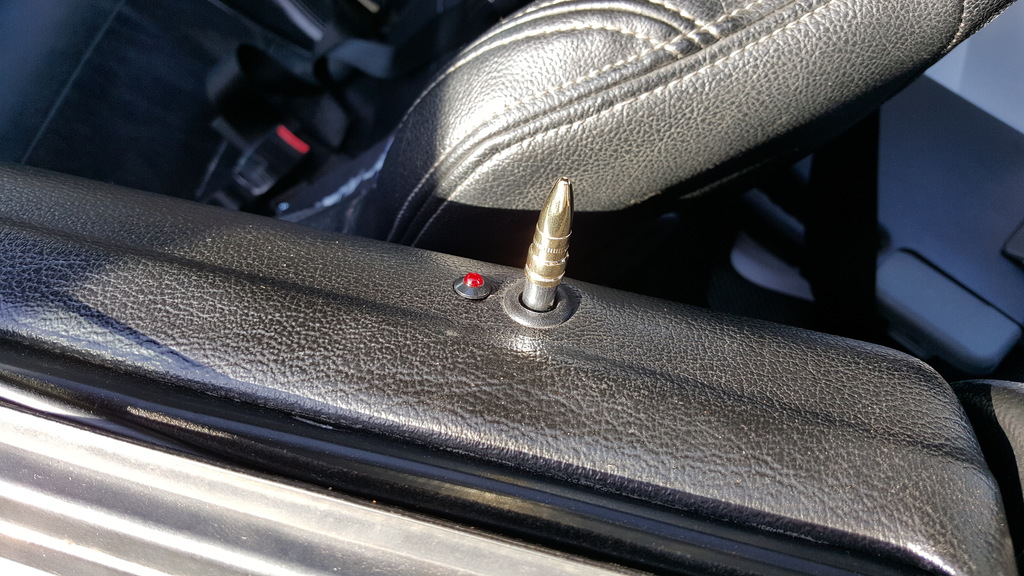 The color and style was based on old Vietnam era military aircrafts with all the stencil lettering and matte colors. The color was mixed by me and consists of a mixture of greens, clears and blacks to create an unusual effect of the color changing from matte green to matte black depending on the lighting. I call the color 'Stealth green".

On the hood is a roll-call done in military style stencil font which has some meaning behind them. "4PB000" (For Paul Bohaczak and his club member number "000" because he was killed in an accident as a honorary member of UMMC), 4JD059 (For John Deem and his club number 059 who died of cancer) and GWSCD062 (Get Well Soon Corey Dyer 062, a member who was hit head on by a drunk driver and is on a long road to recovery). 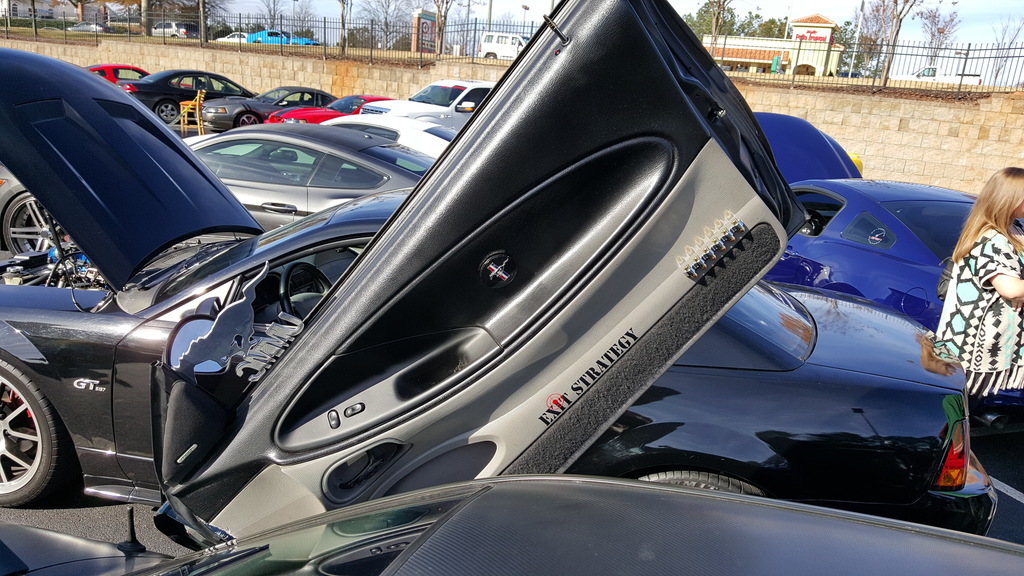 The name of the car "Exit Strategy" is to invoke a feeling of strength and hope though all the ails of life; rather it be illnesses, day by day struggles and any other 'battles' we go through. The 'Exit Strategy' is a 'way out'; a plan, an exit path away from it all. And the 'military tough' theme of the car is a symbol of strength to see it through to the end. Running down the driver side of the windshield is the saying "For the fighters, the fallen and survivors"; not just military but all the fighters in life, Illness fighters, etc.

The entire car was built by me with a hand or two from members of my Mustang Club, The Unstabled Mates. Special thanks to UMMC my wife Natasha Grove and others who played a part to make the car a reality.  Thanks, LeBaron Grove UMMC 001