The internationally known car rally, the California Mille, runs vintage sports cars over 1,000 miles of hilly Northern California roads. We recently lost the founder, Martin Swig, who died early July at age 78. What is special about the California Mille is that we get to see rare collector cars doing what they were meant to do: devouring hot asphalt. Most vehicles this rare are shown only at Concours events and museums!

Martin Swig organized the first California Mille in 1991 as a tour for automobiles built in 1957 or earlier. It starts on the last Sunday in April and lasts four days winding along the wonderfully scenic Northern California coastline. Collector/drivers from all over the world put up $6000 to enter and each year the event gets about 75 cars!

Martin was a veteran of many similar races going back to the 1982 revival of the Italina Mille Miglia, an endurance race from Brescia to Rome and back, which originally ran from 1927 to 1957. He drove a 1955 Alpha 1900 Zagato. Over the years he drove in over four dozen such events all over the world and had a famous collection of rare and remarkable cars. Just some of his cars were five different models of Alfa Romeo’s Giulietta, a pair of Datsun 510s and a 1968 Toyota Corona two-door hardtop. 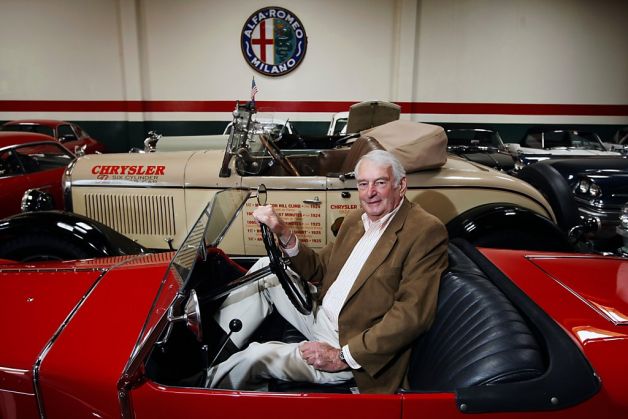 It is said that he started The California tour to “fill a void” and to support the truly devoted drivers. “They have to have a car they drive and don’t just take it out once a year,” he said. “You have to be at one with your car.”
Our hobby has lost another of our more remarkable pioneers.