Meet Jason Cole Photographer. Car Shows, who is driving and where are we going?

I am the luckiest editor in the world. I some how manged to get some of the best photographers to 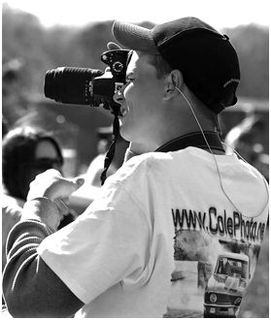 join me in this adventure. Jason Cole is one of our "youngsters", when I first saw his wheel standing photos from Paradise Drag Strip Calhoun Georgia, where he is the official photographer, I knew I was looking at a special talent. As a motor sports photographer I can really appreciate just how difficult it is to get consistent action shots. Jason is like a pro gunslinger, he never misses. His first submission was a wheel standing Mustang, I inspected the image it is crystal clear and sharp as a tack. I immediately went to his web site. Shot after shot of great images and he can write to! He has a "day job" working at a carpet manufacturer in Dalton Georgia and a wonderful family. I briefly got to meet the Cole clan at Road Atlanta where Jason also proved his mettle at shooting the Formula Drift like a true Pro, he also caught the action of the formula cars that weekend too. I hope this evolves into a long relationship and a full time living for this very talented, professional "youngster". 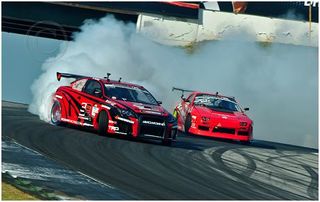 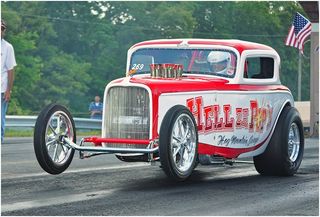 Who is driving and where are we going?

Words and photos by Miguel Caparros. Last Sunday, the first Sunday of the month, a monthly ritual takes place in the Atlanta area. At 6 am people begin to gather at a parking lot in Alpharetta Georgia. The event is the Caffeine and Octane cruise, now its sixth month at the Barnes and Noble's and Starbucks coffee 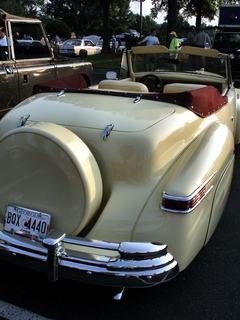 Parking lot. It is a rather large lot, with 750 parking spots with an additional parking lot available for another 600 cars. Last Sunday by 8 am the main lot was full by 9 am the overflow lots were filled and spectators were parking across the street in the Toy's R Us lot. They come to the cruise to see the most eclectic collection of vehicles that gather anywhere. From the exotic to the unusual and sometimes the absurd, at one point or another they all show up here. There is no judging no prizes no cost except the fuel to get there, and maybe a pastry and some Starbucks coffee. The exit parade begins at about 10:30 by 11:30 the lots are empty. bring customers to a friends Panera Bread store. Five cars showed up on that first Saturday. When the numbers got to be in the hundreds the mall management requested they move it to Sunday from 7:30 am to 11 am. Last November and December the attendance of cars went over 700. The mall management had enough, the event had to go. Much to the displeasure and financial loss of the Panera Bread and some of the other stores that did a thriving business by opening early on one Sunday each month. The big blow was to the Panera Bread that could cover all of their expenses and rent for the month being open from 6 am to 12 noon on that Sunday.

One of the participants at the original gathering is a police Sargent from Alpharetta, he paved the way for the seamless move, seeing the financial gains that would also help the local coffers in these lean times.

While other venues are loosing participants we are seeing a resurgence of the cruises. This does not bode well for the promoters that charge gates or for the trophy makers. At first I thought it was a cultural thing, the baby boomers trying to turn the clock back, but it is much more than that, it is not age specific as the participants are a total cross section of the age groups. 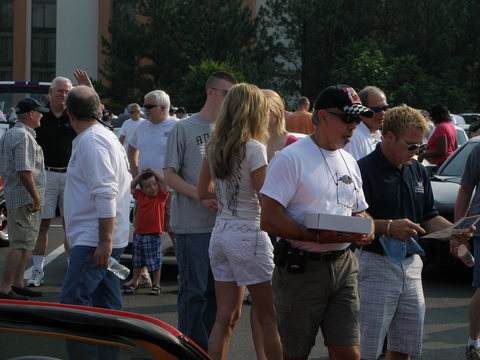 Maybe it is better to call it the California factor. Cruises never waned there and if anything they have flourished and become very sophisticated. I was rather taken aback when I first started to pay attention to the Atlanta area events, and how different they were from what I was accustomed to in California.

There have been some distinct diversion. The bar/restaurant shows, designed to attract customers to those venues and draw from 40 cars to 100 people, the larger numbers being rare. The Corporate fund raisers such as the annual UPS Kimberly Clark show are very well organized, regarded and attended. They are growing and last years event had 350 entries. The promoted out door shows are risky at best here in the south, they need large numbers just to make the nut and there is always the threat of wet or too hot weather. Mostly held at county fair grounds and race tracks, I have noticed a large drop in attendance at these venues.

The tuner market has had a major set back as there have been internal and external battles with NOPI, who was the major tuner events promoter.At this point NOPI has shut down their travelling tuner shows. ImportAtlanta.com who was at one point a sponsor of NOPI and then a competitor seems to be very quiet too. The only big thing in the tuner community is the Import alliance event that was huge and again it was a cruise in of major proportions. See my April article here. Even the big events such as, The International Auto Shows and World of wheels have to compete for attendance with professional sports events such as football, basketball and baseball.  Tthere may be to many events as the non profits, churches and the schools have hopped on the car show wagon as a way of raising funds. Thinks are changing stay tuned.