Have you ever wanted to recreate a picture of a past car you owned? With Photoshop and some effort it can be done. When I was eighteen I bought a stock 1955 Ford Customline, but it didn’t stay that way for long. Very shortly it had a four barrel carb installed on the 272 V8, a floor shifter for the three speed overdrive, dual exhaust and coils cut for a 60s style dropped front.  Sadly I didn’t keep any pictures of the car but by using Photoshop I was able to recreate the 55 and the memories that go with it.

The first step was finding a 55 Customline image with the angle I wanted and an image that was large enough to easily work with.  After some browsing around I found the Automotive Traveler website that had an article about Gary Richards’ 55 Customline that had some good pictures at this link. 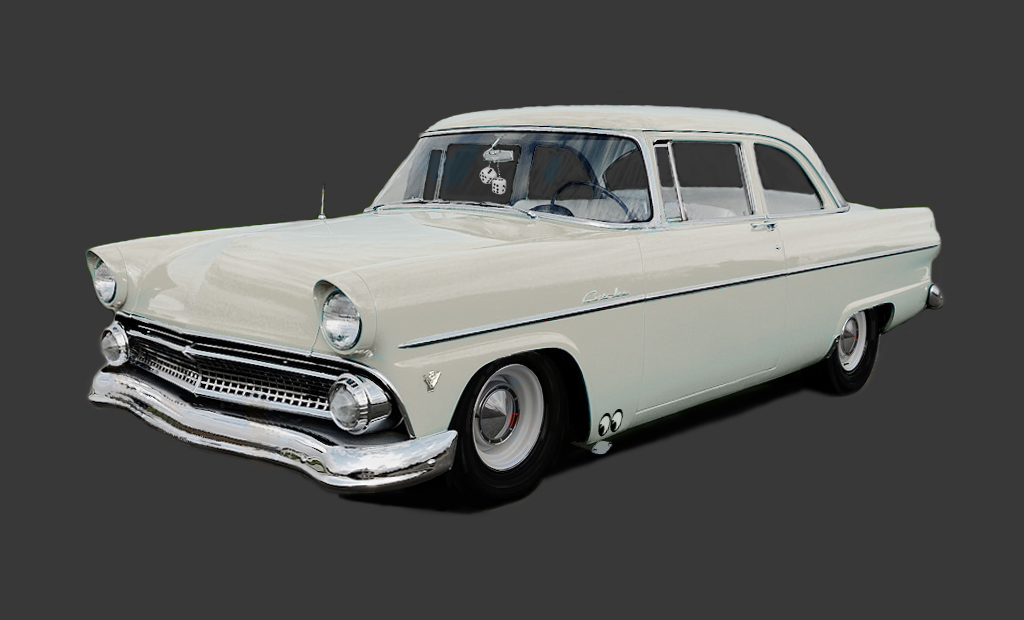 The after image from the first image on Gary’s page and after a zillion hours of Photoshop work. Driver and background removed and color changed to white, 1960 Ford wheels installed, new 60s stance (lowered front), bumper guards and mirror removed and other items that were unique to my 55.  Also fixed the misaligned door trim and replaced the six cylinder logo with a V8 logo.  Working with the chrome parts and recreating the grill behind the bumper guards was tedious. 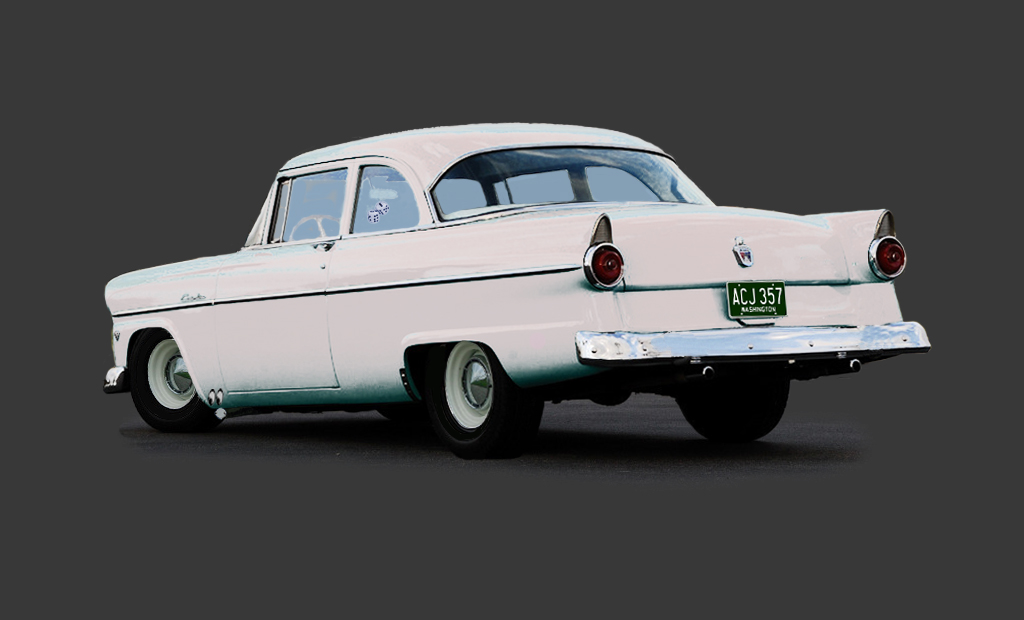 The after image from the last image on Gary’s page. On this image I decided to keep the original ground image and I think it works better than using a black shadow.  An interesting thing happens as you rotate the car to lower the front. Of course the right rear wheel comes of the ground, and then you use the Photoshop distort feature to twist the image back in prospective and put the wheel back in the correct location.  This view includes replacement of the California license plate with a 1961 Washington State plate.  The Photoshop distort function was used on the plate image so it fit correctly with the correct perspective.  I’m still working on this image and have some green cast to remove.

It was a lot of fun creating the pics of my 55 and I have done more of other cars that I owned.

Comment by Michael Thies on January 1, 2011 at 2:47pm
Thanks so much for adding this blog! I truly enjoyed it!  I am putting a link to it on Facebook.  I would love to see more of you digital creations. Mike