“Outsiders” are often surprised to learn that Savannah, Georgia’s largest annual celebration is the St. Patricks’ Day Parade!  It attracts almost half a million Irish (and honorary Irish) visitors along with local residents each year. Savannah's St. Patrick's Day traditions are steeped in the area's rich Irish heritage.  It compares to a Mardi Gras celebration and lively activities go one for almost a week! PS: The comparison to Mardi Gras ends when it comes to displays of public nudity, however, which in Savannah according to authorities can "get you arrested." 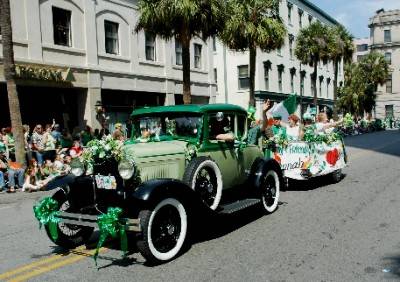