We see the average age of the street rod hobbyists getting older over the years. Young people seem to be more caught up in modifying European and Asian machines than street rodding American machines. There are concerns about the ecology, costs and nature of fuels, and impact of more controlling legislation on the hobby. Streetrodders have had to bear the brunt of what often seem to be punitive vehicle codes. Too often, a lack of knowledge on the part of legislators has led to bad laws that negatively impact our hobby. Do we have anything to worry about? What is the future of the street rod hobby with the baby boomers getting older and costs getting higher and fuel becoming more of a challenge every year and so many other issues being a concern?

As far at the aging of the street rod hobbyists, the variety and diversity of the various car clubs around the country is one of the best ways to safe guard the hobby. The number of these clubs is impressive and our clubs need to set programs to recruit younger people to the hobby and be willing to spend time sharing their vehicles and going to where younger folks collect. Special discount memberships, prizes and contests will help as well. Also, we need to be more accepting of the tuner cars as this is their version of a street rod. It is what is there and what they are used to, and can afford, just as the ‘32 Ford was to the older street rodder back in 1957.

Let’s all work on being more open minded and welcoming of the younger gear head and show them our hot rods! Let’s set up special recruitment for young people to join into our clubs and work to get them over to our events. We may need to try a variety of incentives, but once we are engaged the mutual interests will help break down barriers and mold alliances! 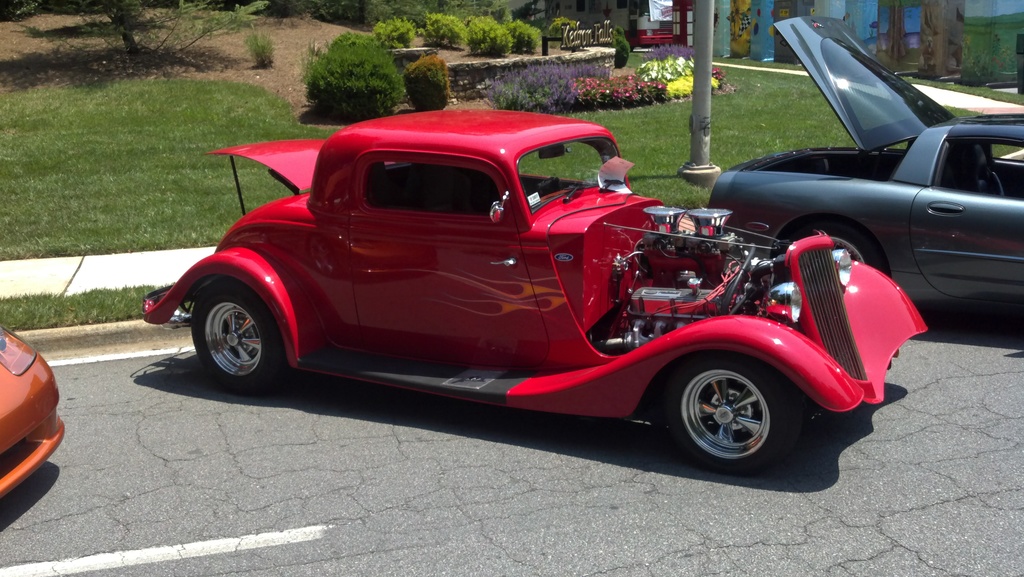 We have to admit that street rodding has a history of being in the face of the law. Part of the fun of making a car go faster or creatively altering its appearance is that is doesn't sit well with the establishment. While we have come a long way from a common perception that street rodders were outlaws blatantly ignoring traffic laws in fast, noisy jalopies; we are as much at risk of poorly thought out laws as ever.

There may be nothing more American than a hot rod! As the rest of the world continues to adopt elements of our unique cultural identity, there are few things left that are truly American. Unfortunately, these vehicles have long struggled to find their place in the law. Too often, a lack of knowledge and experience on the part of legislators has led to bad laws that negatively impact our industry and the hobby. We are fortunate to have organizations on our side such as the Specialty Equipment Manufacturers’ Association (SEMA) and the Hot Rod Industry Alliance (HRIA) who work to have a direct impact on safeguarding the tradition of hot rodding in America. They work directly with legislative bodies to represent our interests. Local and state clubs and associations can play a critical role in this advocacy, as well. For example, the Georgia Street Rod Association views this as one of its primary responsibilities.

Television has helped popularize our pastime significantly in the last decades. In 2001, the Discovery Channel documentary Motorcycle Mania took viewers into the world of Long Beach, California, chopper builder (and former Boyd Coddington employee) Jesse James. From its huge success, Monster Garage was conceived as a weekly program about building a crazy car or truck in five days. One after another, TV and radio shows have been developed to support the interest in the hobby variations. From “American Hot Rod” to “Overhaulin'” with Chip Foose, we have seen so many successes. It's a certainty that street rods and custom cars have found new recruits and fans eager to build or just own something like they have seen on TV.

TV certainly has had an affect their popularity and building styles continue to evolve. Today, anything can be seen at a rod run or custom car show. The use of modern drive trains in street rods sometimes complicates construction and maintenance. As a result, a lot of builders are going back to simpler ways to build cars to keep the fun factor in their projects. This is a good place to start when recruiting younger players into the hobby. This is certainly true as the rat rod genre continues to add more recruits. A rat rod starts at where you are skill-wise and only takes the money that you can afford.

For the most part, street rodding; and general tinkering around with cars, be they rods, customs, tuners, sports cars, 4x4s, or you name it; has become a family-friendly hobby. It's also a $32 billion contributor to our nation's economy annually, thanks to all the parts and services purchased for those hobby cars. It is important to keep the discussion of the future of our hobby going. Let us not be careless and keep our guard up against bad regulations. Let’s not neglect of our clubs and be careful not to allow prejudices and barriers between the diverse factions and sub groups in the hobby!