Frank Sinatra was called “The Voice” from early in his career.   He was heard on his first recording with the Harry James Band singing “All Or Nothing At All” which sold about 8,000 copies that year, later to sell millions as he became better known. As he became famous with the Tommy Dorsey Orchestra, we have few hints on his growing interest in classy cars. He and his wife Nancy Barbato, both from New Jersey, had a 1939 Chrysler Imperial that they kept through WWII. With his growing taste for the “high end”, he was quoted as liking the real pearl knobs on the dash.  Though not an exclusive Chrysler man, he did own a number a special Chryslers through his life time. In 1942, began his solo career.  He had a string of hit records was the favorite of prewar teenage “bobbysoxers”. He held his own with music through WW II and also became active in movies. He struck box-office gold with a lead role in “Anchors Aweigh” in 1945 with actor Gene Kelly, a Best Picture nominee. His career on a high, Sinatra went from success with records, stage and screen, peaking in 1949.

A controversial public affair with sexy Ava Gardner broke up his marriage and seriously hurt his career and popularity.  While his record sales dwindled, curiously, man consider his greatest single was “I’m A Fool To Want You”.  Recorded in 1951 during what was seen as a decline in his popularity during the Gardner era, Sinatra did the song in a single take.  He was said to have left after, without saying a word.

Many think his career was saved by the role of Maggio in the WWII film, “From Here To Eternity”.  It is reported that during these years he owned a series of Ford convertibles and is seen here in one of his favorites, a ’55 TBird.  That year he released a favorite album of many folks, “Songs For Swingin’ Lovers”. 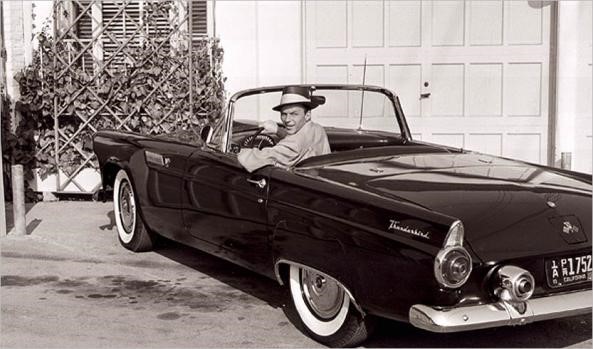 In 1957 he added some Chrysler into his garage.  He bought a Dual Ghia.  Certainly one of the more rare vehicles of the time, it was a Dodge frame and drive-train that was transported to Italy, where the bodywork was fabricated by the Italian Coachbuilder Ghia.  Its performance was excellent, due to the cars being powered by the 5.2 Dodge Hemi V-8 engine. In 1958 he recorded one of his favorite albums “Only the Lonely”, a wonderful collection of songs about heartbreak.  The 1958 Cadillac Eldorado Brougham cost $14,000, a semi-custom built four door hardtop with suicide doors and a stainless steel roof.  Now this would be one hellava barn find!

By 1962, Sinatra owned his a record label, Reprise Records, and his albums continued sell very well.  The Manchurian Candidate hit the screens in what became one of his most critically acclaimed movies.  He liked the Chrysler 1962 Dual Ghia L6.4, the second generation of his Chrysler-powered customs. 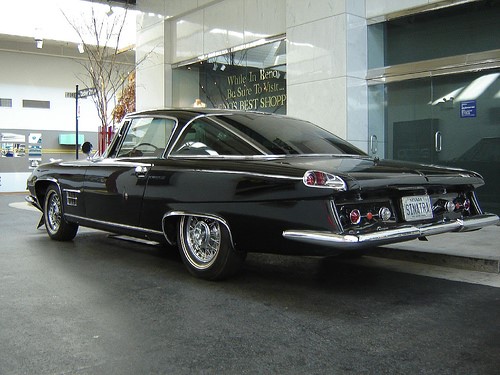 This next car is one of his more unique vehicles, even for him; a customized 1965 Mustang. This car was built by George Barris, the famous movie car builder, for a movie with Frank and Dean Martin, “Marriage On The Rocks”.  Barris  built the car by extending the nose of a ’65 Mustang a full 10 inches; hand welding metalwork  into a gaping oval, then fitted with an all-aluminum, seven-rib, V-shaped grille and a double set of deeply recessed headlights.  It had a bar in the back seat, Zebra fur (faux?) in the interior and a B&W TV under the dash.

Whether Sinatra actually owned the vehicle, or the movie company, or Barris, is hazy; but Frank reportedly drove off in it and kept it for as long as he wanted it. It was last known to be in a vault at the Peterson Museum in California. 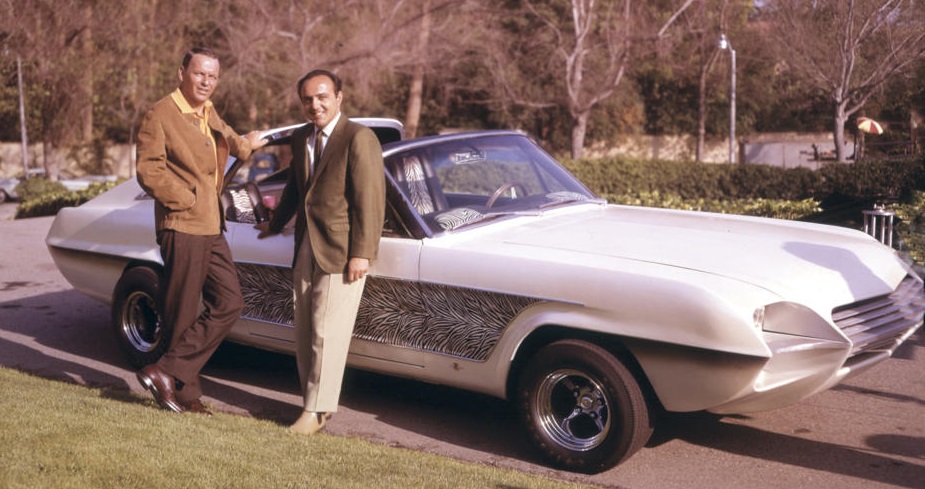 By 1969, retired and married a much-younger Mia Farrow, he went “way out” for his next car; a 1969 Lamborghini Muira. Frank visited the Lambo factory with a roll of Wild Boar Skin under his arm and ordered the interior to be trimmed with it. Painted in Sinatra s favorite color (Orange Metallic), his striking Miura S was finished with silver sills and wheels. The car was delivered directly to him the factory’s register simply shows the accepting first dealer/owner as “Sinatra”.  He reportedly later gave the car to a model, Gloria Kent. 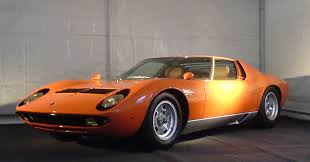 In 1980, he had a hit song “New York, New York”!  Here is a rare photo of him in the first 1981 Chrysler (is this a theme?) Imperial. It was presented to Frank at the Detroit plant by his friend, Lee Iacocca, in gratitude for help to promote the car, without charge. Frank appeared in print ads and television commercials where he sang a special song about the luxurious ride titled, “It’s Time” … for Imperial.  There was even a Frank Sinatra Edition only in the color Glacier Blue Crystal; intended to match the color of his eyes.  The “fs” edition included badging and a leather case with 16 cassette tapes of Sinatra songs. One of his famous rides was a 1989 Jaguar XJS, one of his few foreign cars (other than the Lambo).  It was Old Blue Eyes' main mode of transportation in Palm Springs. With its V12 engine, leather seats, wood trim... what could be cooler than this? He also owned an earlier 1986 version, 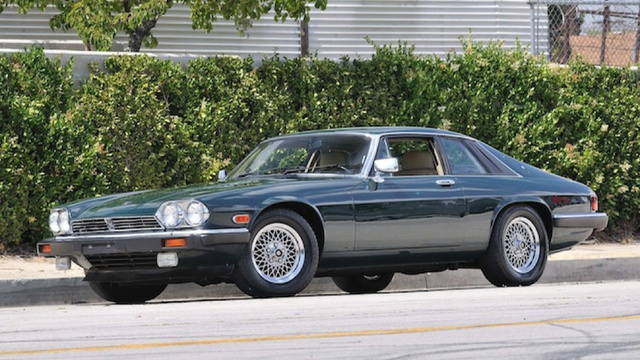 His last car was also a Chrysler, reportedly to be a 1985 LeBaron Town and Country wagon.  In 1993 Sinatra went back into the recording studios to make his final albums, Duets and Duets II, both of which were highly successful.  This was almost 60 years after he first gained his fame. Frank Sinatra passed away on May 14th 1998.