Vintage motorcycle racing is not something I generally follow. Last Saturday when I went to the HSR (Historic Sportscar Racing) event at Road Atlanta, I went with the hope of taking some up close video of some vintage race cars. I am a motorcyclist, a former motorcycle racer and I do pay some attention to the motorcycle industry. I was not prepared to see some 75 race bikes from many different eras, a surprising number much newer than what I raced. After getting over the feeling of being "vintage" I dove into shooting video of these mobile works of art. Everything from 125cc 2 stroke light weight Can Am's to some fairly recent Italian and Japanese bikes. All the people in the paddock were very engaging, willing to share information and history on their machines. It seems that initially the paddock spaces were broken up by makes, as the transport and caretakers seem to specialize in one brand or another. I did come across a very eclectic collection that was highlighted by the only Harley Davidson Motorcycle on the track. I took quite a bit of up close video of the XRTT, I had not paid close attention to this bike and briefly spoke to the owner Greg Craft. He was off to a riders meeting and I had to shoot more video. A quick email to Greg and my confusion was cleared. Here is the explanation in his own words.

"Miguel,
The XRTT you are writing about is a 1970 replica based on a 1994 Harley Evo. These were the bikes I watched and read about as a kid back in the 70's, made famous by riders like Cal Rayborn ,Mert Lawwill, Renzo Pasolini and Mark Brelsford. I built the bike as a tribute to these men and their crews.
The bike started out as a 883 sportster. The engine has gone through a complete performance build featuring twin plug heads and displacement increased to 1321 cc capped off with an S&S carb , supertrapp exhaust and chain drive final. The airtech body work is pulled from original-style molds. The bike was recently wrapped in white and red vinyl for my sponsor Hawk performance brakes which manufactures a wide variety of  high performance pads including a complete line for American motorcycles. All of the fabrication and  factory racing paint ,which is still there under the wrap,was done by me. the build took approx 4 months to complete and was finished in the spring of 2008."

By the time I came on to the superbike scene, these bikes were already a legend in the mid 80's and every so often at a club race you could hear the thunder of the Harley over the buzz of the 4 cylinder bikes and the totally different sound from the other twins out there, the Ducati's. Most of the XRTT bikes ended up on the flat dirt tracks where they have dominated for so long. I would be very surprised if there were even 25 original road race XRTT's in existence. I heard of one that recently sold for $175,000. So a tribute bike is fine in my book, specially when it was done with the care that is obvious on this bike. Great job Greg ! You can see Greg and the Hawk Brakes Harley in my you tube video. 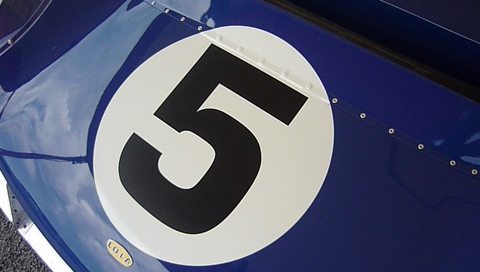 You can safely say that I was really influenced in my life by the Can Am cars of the mid 60's to the early 70's. These were the ultimate cars, 1300 lbs of weight, big block V8's with 600 Horsepower. Formula 1 seemed wimpy by comparison to the Canadian American series. This was perhaps the most innovative time in the evolution of the ultimate race car. some of the Men and their cars involved were; Jim Hall and his Chaparral, Colin Chapman and the Lotus cars, A.J. Foyt and the Coyote, Eric Broadley of Lola and there were more. All of it fueled by major corporations that saw the worth of getting their name out on the fastest billboards anywhere. Here are some stills off the video.      Here is the video!

You will notice we have a new advertiser, Classic Collector Insurance. Please click their banner on the main page to get a quote, check out how much you can save on your collector car insurance. They are also a full service company!

Rarely such a few production of cars have effected racing as deeply as Lotus Cars.  The Lotus 19 two seat sports racer was developed in 1960 from  the Formula 1 single seat Lotus 18.  Widening the cockpit to add 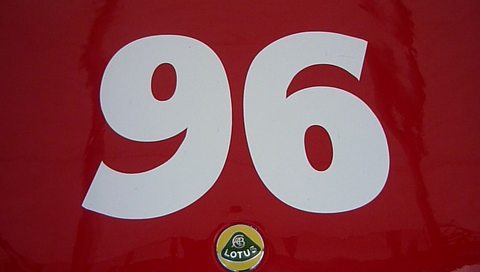 a second seat, and a refinement of the body envelope shape from the previous sports racer along with the Lotus magic to make a super light car that was a success the first time out. The light fiberglass body and the magic of the tube frame created a very light 1,000 lbs and powered by a Coventry Climax 2.5 liter 250 hp 4 cylinder engine. The light weight, powerful engine and then state of the art aerodynamics this little car could go. As boys become men the need for more power arises. It was not long that the quest for more power and the appearance of  the all aluminum Buick V8 the light engine was soon drafted into sports car racing.Dan Gurney had great success driving the Arciero Brothers Climax powered Lotus 19. Gurney was also forging a relationship with a transplanted Texan, Carol Shelby. Gurney requested that lotus build for him a 19 that had thicker tubing to withstand the 400 horsepower King Cobra Ford 289. Lotus built this one car and it was labeled the 19B. A worthwhile trade of 240 lbs created a much faster and safer car. This would be the only Lotus factory built V8 car.It almost seems that at one point or another the 16 4 cylinder cars were converted to V8 power.  Well almost all, one was re-powered with a Ferrari 3 liter V12. If 400 horsepower is good 500 is better. in 1964, Alan Green Chevrolet of Seattle built what may have been the ultimate Lotus 19, using a 377 cubic inch Chevrolet, Built by Traco. Driven by Jerry Grant during 1964 the car achieved an unofficial to speed of 224 mph with use of some experimental spoilers and ground effects. Today there are more Lotus 19's than the 17 originally built. Check out the  video here! 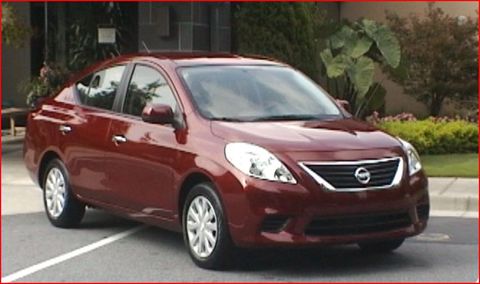 The original Nissan Versa set the a precedent for the sub compact segment. With a price point well bellow the competition and Class leading fuel mileage the Versa led in sales too. Now the new model is on completely new platform and it is better in every way. Power, fuel millage and interior size are all improve as well as the standard air conditioning and an stereo CD player with music player connectivity. But best of all the new Versa is very attractive and carries some identifying styling connections to its bigger brothers. I am certain this car will be an even bigger success than the old one. See the Video here.